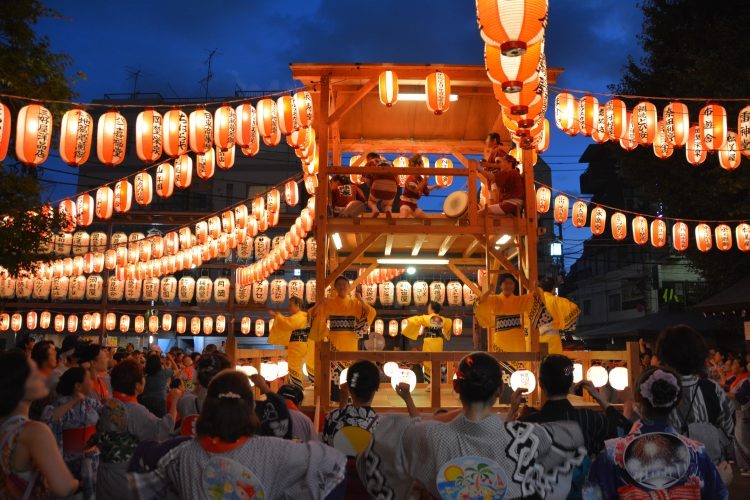 Before we knew it, spring has flown by, and hot days just keep coming.
Summer is already in full swing, and we’d like to tell you about some of Tokyo’s must-see summer festivals!

One of the Three Great Festivals of Edo! [Fukagawa Festival] 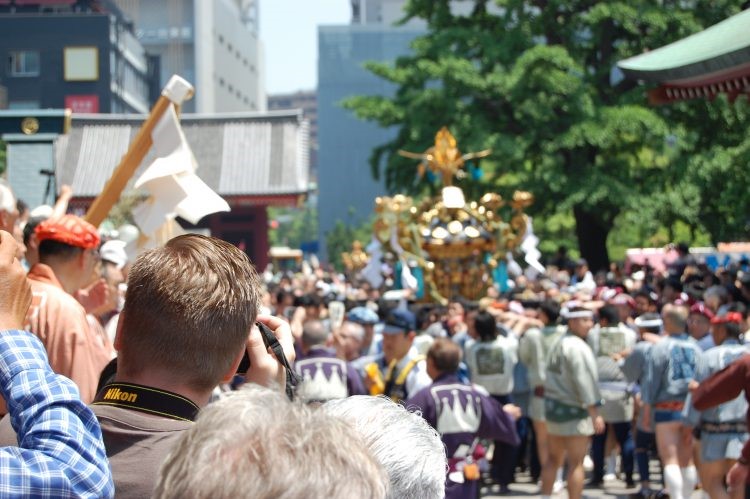 This Fukagawa Festival has an old history of around 370 years.
Once every three years, the Ninomiya Mikoshi (portable shrine) of the Tomioka Hachiman Shrine, [weighing 2 metric tons (4,400 pounds)], is carried splendidly upon the carriers’ shoulders.
Pure water is thrown on the carriers from the viewers along the streets, creating a sense of unity among the people in the festival, a unique characteristic of the Fukagawa Festival.

All sorts of Mikoshi, small and large, are carried along the streets beginning from Tomioka Hachiman Shrine to Kayabacho, Kiba and Etchujima.
Also, derived from the pure waters thrown at the carriers, the Fukagawa Festival is also named as the “Water-tossing Festival.”

Other than the food stalls, you can also enjoy the performances of Japanese drums everyday during the festival.

Traditional cries calling out “Wasshoi-wasshoi” adds to the excitement―why don’t you pay a visit to feel the passion in this festival?

Enjoy Both the Local and Whole Atmosphere Of Japan?![ Azabu Juban Noryo Festival] 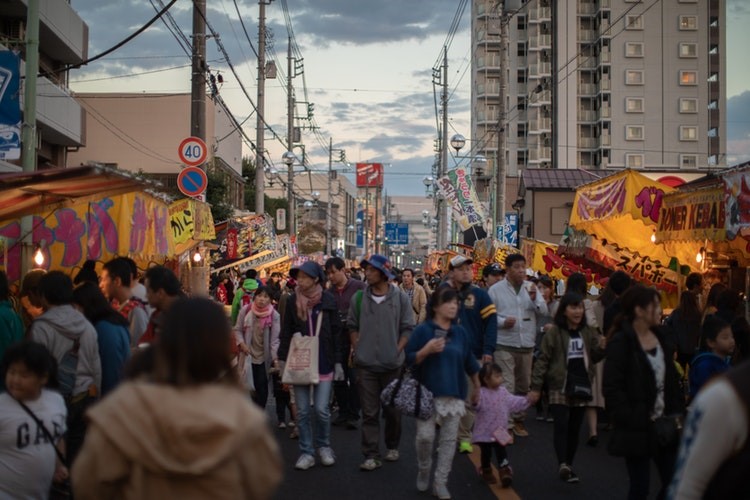 Next, we’d like to tell you about a festival in Azabu Juban.

The charms to this festival, is the unique town atmosphere created by the owners of the stalls along Azabu Juban’s shopping streets!
It is a large-scale festival with around 400thousand people visiting annually in just two days!
Famous local stalls that open in the shopping street are so popular that people make a line in front of it during the festival.
Items that are normally too expensive to be purchased may be discounted during the festival.
These are some of the many enjoyments that this Azabu Juban Noryo Festival brings to its visitors.
Moreover, not only do stalls sell local items, they also sell Japanese gourmet gathered from all over the country.
This wonderful festival will allow you to experience the atmosphere of the local area, and enjoy all types of gourmet throughout Japan in one visit!
There are other events apart from food stalls, so you can enjoy the festival all through the night!
We’d definitely recommend for you to take a time to visit it. 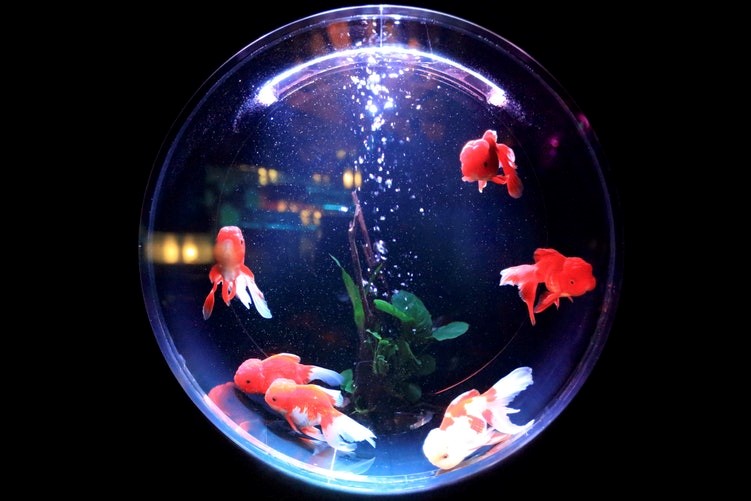 Finally, we’d like to talk about an eccentric festival, the “Nihonbashi Art Aquarium.”

This is a greatly popular event held annually in Nihonbashi. Although the opening hasn’t been officially announced this year, it is sure to be held as usual this year too.

What is an Art Aquarium?

In the Edo Period(1603-1868), it is said that Japanese people used to ring Furin(wind bells), and watch goldfish swim to feel “coolness” during the hot season. The old days of goldfish-watching were newly brought into modern time as an art named Art Aquarium.

At the previous Nihonbashi Art Aquarium, around 8,000 goldfish were displayed in various ways.

Various exhibitions decorated the aquarium such as goldfish swimming up in the ceiling and inside traditional Japanese crafts. There were also Nishiki carps that swam around in a giant orb, and magnificent Japanese swords displayed in the aquarium. You can visually feel “coolness” while you watch the masterpiece of Japanese art.

This year, we may be able to see an even more polished exhibition.

Feel the coolness and the masterpiece art with your five senses, during the hot summer at Nihonbashi.

How was this information on Tokyo’s festivals?
There are many other festivals in summer besides the ones introduced today.
Summer is the perfect season for festivals.
Get fired up in a festival during the hot summer!