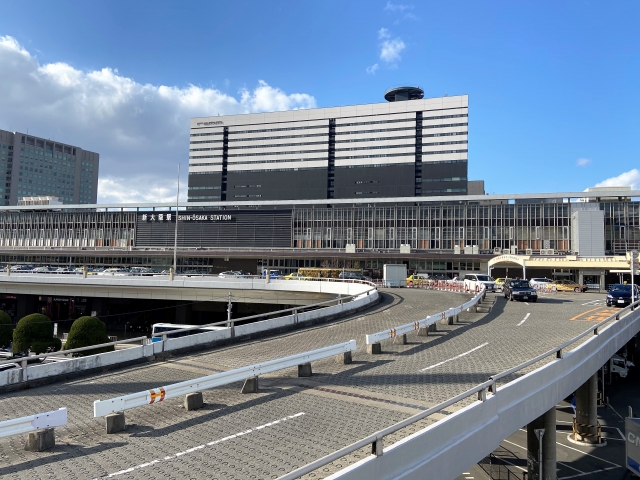 Shin-Osaka Station is a major terminal station in Osaka, being the western terminus of the Tokaido Shinkansen and the eastern terminus of the San’yo Shinkansen. The area around the station is a business and commercial district with many shopping centers and food establishments. Since it provides convenient access to different parts of Osaka City, it is also a popular residential area.

If you are commuting in Osaka and want to live near Shin-Osaka Station, here we list down some recommended areas that provide convenient access to the station (located within 30 minutes by train, accessible without transfers).

The average monthly rent for a studio type apartment near Daikokucho Station is 53,000 yen. Within a 5-minute walking distance from the station, there are 3 supermarkets, 4 restaurants, and 9 drugstores, so daily shopping and dining should be convenient. The Super Tamade supermarket operates 24 hours a day, so you can go shopping even if you work irregular hours.

Reports of thefts and violent crimes are rare near Daikokucho Station, so it is a suitably safe area for those living alone.

From Namba Station, you can reach Shin-Osaka Station by the Osaka Metro Midosuji Line in around 17 minutes. Namba is a popular shopping, sightseeing, and entertainment district in Osaka, with famous places like Dotonbori and the Namba Grand Kagetsu. It is also home to many restaurants, convenience stores, and 24-hour supermarkets, making it a convenient place to live in.

The average monthly rent for a studio type apartment near Namba Station is 52,000 yen, and 60,000 yen for a 1K or 1DK type apartment. This is quite inexpensive considering the ease of access to Umeda.

Reports of violent crimes are rare near Namba Station, but being an entertainment district, safety and serenity are probably not its best features. The area around JR Namba Station is comparatively safer and quieter.

The average monthly rent for a studio type apartment near Tenjinbashisuji Rokuchome Station is 47,000 yen. This is quite inexpensive considering the ease of access to Shin-Osaka and Namba, Osaka’s largest commercial and entertainment district.

Located near Tenjinbashisuji Rokuchome Station is the Tenjinbashisuji Shotengai, the longest shopping street in Japan. It is a covered arcade lined with variouos shops stretching for 2.6 kilometers. It is a bustling area where you can experience the culture and atmosphere of Osaka.

Around the station, there are 7 supermarkets, 12 restaurants, and 28 drugstores, so daily shopping and dining should not be a problem. There are also large supermarket chains like Gyomu Super and Promart where you can buy products in bulk for a bargain.

This area has high foot traffic and is well-lit at night. Reports of petty theft and violent crimes are also rare. However, some parts away from the main street can be dark at night, so if you are living alone, it is a good idea to find an apartment along the main street.

From Umeda Station, you can reach Shin-Osaka Station by the Osaka Metro Midosuji Line in just around 9 minutes. Umeda is one of the two major commercial districts of Osaka City, alongside Namba. It is a constantly bustling area with many shopping centers, department stores, electronics retail stores, restaurants, and office buildings. Around the station, there are close to 100 different convenience stores.

Being a major commercial district, monthly rents in Umeda are not cheap, with an average of 73,000 yen for a studio-type apartment and 75,000 yen for a 1K-type room.

While it may not have an image of good safety, reports of violent crimes are actually rare in Umeda. Overall, it is a lively and convenient area in the heart of Osaka.

In this article, we introduced some recommended residential areas that provide direct train access to Shin-Osaka Station in under 30 minutes. Shin-Osaka Station is a major terminal station that provides convenient access to different parts of Osaka and other prefectures, making it a desirable residential area. But living near the station can be quite expensive. Nevertheless, Osaka has a well-developed train and subway network, so it is fairly easy to find a cheaper area that offers convenient access to Shin-Osaka.

Shin-Osaka Station is served by the Osaka Metro Midosuji Line, the JR Tokaido Main Line (including Shinkansen lines), and the JR Osaka Higashi Line. If you want to live near Shin-Osaka Station, you can try searching for properties near the stations along these railway lines to find other suitable areas within your preferred travel time.