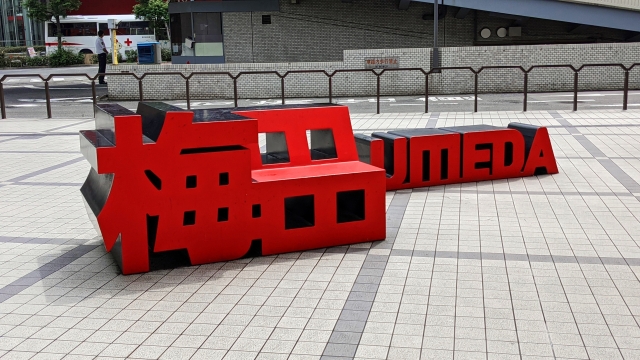 Umeda is one of the largest and most popular commercial and business districts in the Kansai region of Japan. It is home to countless office buildings, shopping centers, and food establishments that cater to different kinds of people of all ages. Here you can find everything from high-end luxury brands to more reasonably-priced products. It is also a popular shopping and entertainment area for foreign tourists and residents.

Since it is one of the most prominent commercial districts in western Japan, living in Umeda can be quite expensive in terms of land prices and monthly rents. If you want to live near Umeda without breaking the bank, here we list down some recommended areas that provide convenient access to Umeda Station (located within 30 minutes by train, accessible without transfers).

From Namba Station, you can reach Umeda Station by the Osaka Metro Midosuji Line in just around 8 minutes. The Namba area of Osaka is a popular shopping, sightseeing, and entertainment district, with famous places like Dotonbori and the Namba Grand Kagetsu. It is also home to many restaurants, convenience stores, and 24-hour supermarkets, making it a convenient place to live in.

The average monthly rent for a studio type apartment near Namba Station is 52,000 yen, and 60,000 yen for a 1K or 1DK type apartment. This is quite inexpensive considering the ease of access to Umeda.

Reports of violent crimes are rare near Namba Station, but being an entertainment district, safety and serenity are probably not its best features. The area around JR Namba Station is comparatively safer and quieter.

The Esaka Station area is a business district with many office buildings. At night, the restaurants in the area become busy serving the hungry workforce. There are 7 supermarkets (including some that operate until the late hours), 13 restaurants, and 13 banks within a 5-minute walk from the station, so daily shopping and dining should not be a problem.

Reports of violent crime are rare in the Esaka Station area, so it is a suitably safe area for those living alone. Even bicycle thefts are uncommon, so you can safely park your bicycle near the station for your daily commute.

From Juso Station, you can reach Umeda Station by the Hankyu Railway in just around 5 minutes. The station is served by Hanyku Railway’s Kobe Line, Takarazuka Line, and Kyoto Line, making it an important hub for passengers who are traveling to the suburbs and other prefectures in the Kansai region.

The average monthly rent for a studio type or 1K/1DK apartment near Juso Station is 56,000 yen, making it a reasonably-priced area considering its proximity to Umeda.

Around Juso Station, there are many convenience stores as well as a Don Quixote discount store, so shopping for daily necessities should not be a problem. The shopping and entertainment district is often bustling with people and has the distinct Osaka atmosphere.

The area is also quite safe, with little reports of theft or violent crime despite the high foot traffic. However, the entertainment district has some brothels and other seedy establishments, so it is probably a good idea to avoid it if you are not into that kind of thing.

From Tennoji Station, you can reach Umeda Station by the Osaka Metro Midosuji Line in just around 15 minutes. Tennoji Station is a major terminal that is also served by the JR West Kansai Main Line, Osaka Loop Line, and Hanwa Lines. It is connected to the Osaka-Abenobashi Station which is served by the Kintetsu Minami Osaka Line.

The average monthly rent for a studio type apartment near Tennoji Station is 50,000 yen, and 57,000 yen for a 1K or 1DK type apartment. These rates are fairly reasonable considering the ease of access to Osaka’s two main commercial districts of Umeda and Namba.

Around Tennoji Station, there are plenty of shopping centers and food establishments, so shopping and dining is convenient.

Tennoji used to have an image of poor safety, but redevelopment in recent years has significantly changed its atmosphere. High foot traffic and the establishment of new police boxes have improved safety around the station. The north side of the station is a quiet residential area that conducts neighborhood crime watches.

In this article, we introduced some recommended residential areas that provide direct train access to Umeda in under 30 minutes.

Living in Umeda can be quite expensive, but Osaka has a well-developed train and subway network, so it is fairly easy to find a cheaper area that offers convenient access to Umeda.