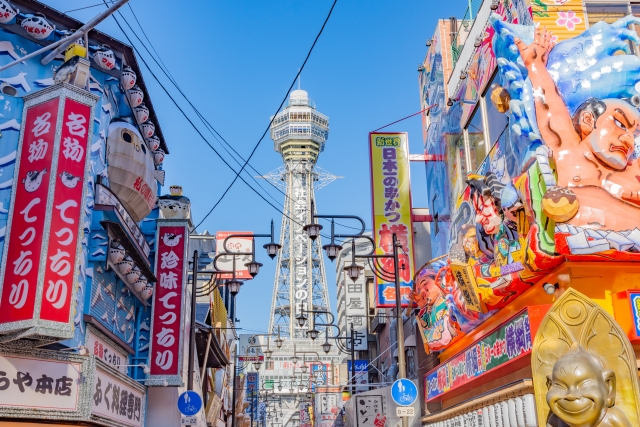 Osaka Prefecture is the second largest metropolitan area in Japan after Tokyo. Though it has an image of being an expensive place to live in, it is relatively cheaper on average compared to Tokyo. An average 1-room studio-type apartment in Osaka City can be cheaper by as much as 20,000 yen compared to a similar apartment in central Tokyo.

Osaka Prefecture can be roughly divided into two main areas: the prefectural capital Osaka City, and the other municipalities outside the city. Osaka City consists of 24 wards, nine of which are considered “central wards”: Kita-ku, Chuo-ku, Naniwa-ku, Nishi-ku, Miyakojima-ku, Yodogawa-ku, Tennoji-ku, Fukushima-ku, and Abeno-ku. The famous commercial district of Umeda is located in Kita-ku, while Dotonbori is located in Chuo-ku and Naniwa-ku. Rents generally become higher the closer you live to these central wards. 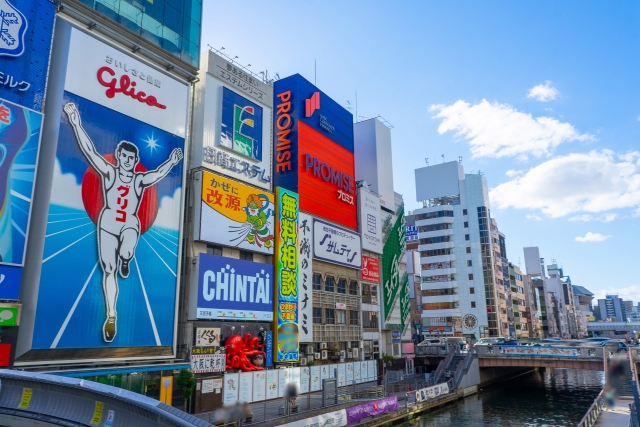 The following table shows the average monthly rent in each of Osaka City’s wards.

Note that these averages do not take into consideration variations due to building age, facilities, and other factors. In general, properties that are newer and located closer to train stations have higher demand, so they tend to be more expensive than the average.

Among the nine central wards, Abeno-ku is relatively cheaper, but you can also find cheaper areas if you go outside these nine wards. Since Osaka is a highly-developed railway network, it is easy to access central Osaka even from outside the central wards or other municipalities outside the city. 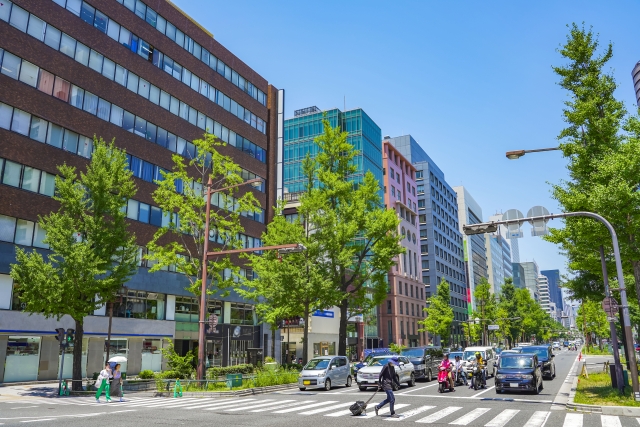 Average Monthly Rent in the Other Municipalities of Osaka Prefecture

The following table shows the average monthly rent in each municipality of Osaka Prefecture outside of Osaka City.

As you can see from the table above, the farther you go from the metropolitan center of Osaka City, rents tend to become much cheaper. However, there are also some places such as Suita City that have similar rents to those in the nine central wards of Osaka City.

As with the above, these averages do not take into consideration variations due to building age, facilities, and other factors. Properties that are newer or conveniently located near major train stations are more popular, and thus tend to be more expensive than the average.

Osaka Prefecture consists of many municipalities, and monthly rents can vary widely depending on the location. For example, a 1-room studio type apartment in Osaka City Kita-ku can be nearly twice as expensive as one in Minamikawachi-gun. Of course, the average rent is directly related to the environment and lifestyle in the area. Minamikawachi-gun is a nature-rich mountainous district located far from the metropolitan center, while Kita-ku is right in the heart of the Osaka City metropolis. If you are a foreigner looking to meet other foreign residents, you will certainly have better chances in urban centers compared to rural areas.

The general rule for renting an apartment in Japan is that you need to have a monthly income of at least three times the monthly rent in order to pass the tenant screening process. Keep this in mind when searching for an apartment in Osaka Prefecture.

When you sign a rental contract, you will likely need to pay key money (reikin) and a security deposit (shikikin) among other fees. In general, you need to prepare around 5 to 6 times the monthly rent for the total initial cost of renting an apartment. There are also some properties that do not charge certain fees, allowing you to save on the initial costs. You should confirm with the real estate agency before making an application.