Recommended Residential Areas for Foreigners Who Want to Live Near Akihabara

Recommended Residential Areas for Foreigners Who Want to Live Near Akihabara 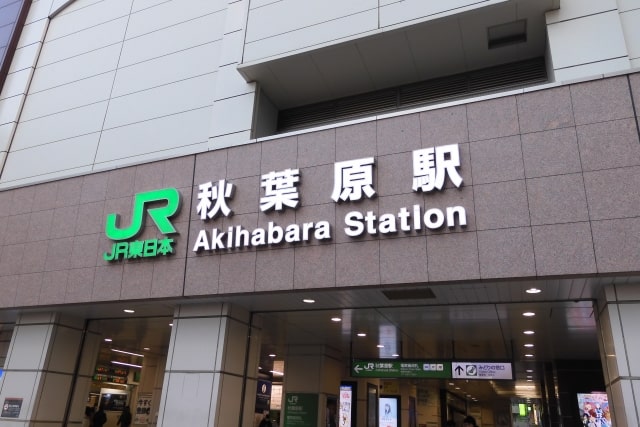 Akiharaba is famous worldwide as a haven for Japanese anime and otaku culture. It used to be known as an electric town with countless shops selling consumer electronics and computers. But in recent years, it has transformed into an otaku town filled with shops selling goods related to anime, manga, and video games. It is also known for its uniquely themed cafes which has become a famous subculture of Japan.

Akihabara has recently undergone urban redevelopment that built more office buildings in the area. Nowadays, Akihabara has become a busy place for both office workers on weekdays and shoppers and tourists on weekends. This has led it to become a sought-after residential area where rents are far from cheap.

If you want to live near Akihabara without breaking the bank, here we list down some recommended areas that provide convenient access to Akihabara Station (located within 30 minutes by train, accessible without transfers).

From Ryogoku Station, you can reach Akihabara Station by the JR Chuo-Sobu Line in just around 3 minutes. Ryogoku and Akihabara are separated by the Sumida River, but they are located within a 25-minute walk of each other.

Ryogoku Station is served by the JR Chuo-Sobu Line and the Toei Oedo Line. It is located in Sumida Ward, but is very close to Chuo Ward, so access to major areas such as Ginza, Roppongi, Shinjuku, and Shibuya is also quite convenient.

The average monthly rent for a studio type room near Ryogoku Station is 73,000 yen. This is quite inexpensive considering the ease of access to Akihabara and central Tokyo. Once you cross the Ryogoku Bridge over the Sumida River, you are already in Chuo Ward, which is one of the most expensive places in Tokyo to rent an apartment.

Around the station, there are 19 convenience stores, but only a few supermarkets. Ryogoku is most famous for the Ryogoku Kokugikan, a sporting arena that holds grand sumo tournaments. The area is also home to many sumo stables, and you can find many food establishments frequented by sumo wrestlers, such as chanko nabe and Mongolian restaurants.

Another attraction in Ryogoku is Ryogoku Edo Noren, a shopping complex inspired by Edo Period culture and architecture. You can enjoy a variety of traditional Japanese restaurants as well as other Edo-related events.

Reports of violent crimes are rare in the Ryogoku Station area, so it is a relatively safe place to live in.

The area around the station offers many shopping options, with a shopping arcade and several large shopping centers. There are also 9 supermarkets and 22 convenience stores within a 500-meter radius of the station. One supermarket that operates until late at night is mini Piago Kita-Senju 1-chome.

Besides the large shopping centers, there is also the Adachi Market located around 20 minutes away on foot. It is a good place to buy fresh seafood, meat, and vegetables at low prices.

The average monthly rent for a studio type room near Kita-Senju Station is 63,000 yen. This is quite reasonable considering the convenient access to Akihabara and other major urban centers in Tokyo.

Kita-Senju had an image of somewhat poor safety, but based on crime statistics, it is actually quite safe if you avoid certain areas. Some areas that you should probably avoid include Senju 2-chome and Senju Asahi-cho.

From Sugamo Station, you can reach Akihabara Station by the JR Yamanote Line in around 15 minutes. Besides the Yamanote Line, Sugamo is also served by the Toei Mita Line.

As a station on the Yamanote Line loop, access from Sugamo to other parts of Tokyo is quite convenient. The average monthly rent for a studio type room in the Sugamo Station area is a reasonable 70,000 yen.

Sugamo is sometimes called “the Harajuku for senior citizens”. Its main commercial attraction is the Sugamo Jizo-dori Shopping Street which features plenty of shops, including clothing shops aimed at the elderly. There is also the Koganji Temple (Togenuki Jizo) which is revered as a temple of healing and longevity.

Around the station, there are 4 supermarkets and 11 convenience stores. There are also greengrocers in the Jizo-dori Shopping Street that sell fruits and vegetables at low prices.

Sugamo has a calm residential area with many elderly residents. Reports of violent crimes here are very rare, so it is a fairly safe place to live in.

The average monthly rent for a studio type room near Kinshicho Station is 73,000 yen. This is quite reasonable considering the convenient access it offers to major urban centers in Tokyo.

Around the station, there are 30 convenience stores and 11 supermarkets, three of which are large hypermarkets. There are also several department stores such as Arcakit Kinshicho, Olinas Kinshicho, and Marui Kinshicho, so shopping for necessities should not be an issue.

Another attraction is Kinshi Park, which features a large playground, a fountain, tennis courts, and other facilities, making the area a suitable place for families.

Kinshicho used to have a poor image in terms of safety, but in recent years, reports of crimes have gone down considerably. Nowadays, it has become a sought-after residential area even for families.

In this article, we introduced some recommended residential areas that provide direct train access to Akihabara in under 30 minutes.

Akihabara is not only a major business district with many offices, it is also a center for Japan’s subculture. This has made it a popular residential area where rents can be quite expensive. Nevertheless, Tokyo has a well-developed train and subway network, so it is possible to live in a nearby area that offers convenient access to Akihabara.

Akihabara Station is served by the JR Yamanote Line, the Keihin-Tohoku Line, the Chuo-Sobu Line, and the Tokyo Metro Hibiya Line. To find other suitable residential areas within your preferred travel time to Akihabara, try searching for properties around the stations along these train lines.