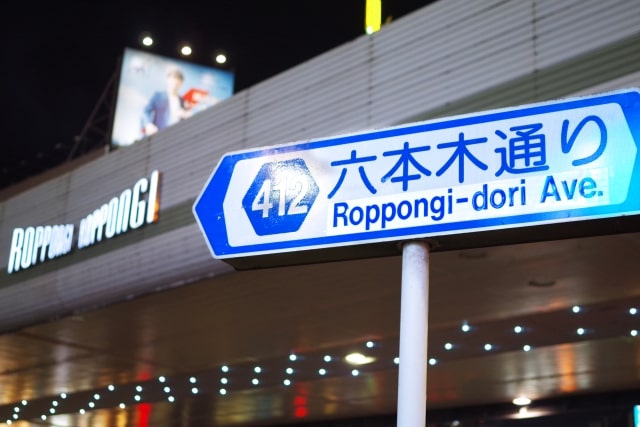 Roppongi is a famous business and commercial district in Tokyo, popular with both Japanese and foreigners. It is usually bustling with people working in offices in the daytime, and people going to bars and clubs at night. But it is also a place of culture and nature, with several museums and parks.

In addition to the nightlife, Roppongi is also home to the offices of many multinational corporations, making it a popular area for foreign residents to live in. However, since it is one of the most affluent residential areas in Tokyo, living in Roppongi is by no means cheap.

If you work in Roppongi and you want to live near the area without breaking the bank, here we list down some recommended residential areas that provide convenient access to Roppongi (located within 30 minutes by train, accessible without transfers).

From Kiyosumi-shirakawa Station, you can reach Roppongi Station by the Toei Oedo Line in 20 minutes. You can also get to Shibuya Station or Shinjuku Station within 30 minutes without transfers. The famous shopping districts of Nihonbashi and Ginza are also not too far, making this place quite convenient in terms of access to major urban centers.

The Kiyosumi-shirakawa Station area is known for being the first place in Japan to have a Blue Bottle Coffee Shop, and has been called the “Brooklyn of Japan”. It is a popular area for cafe lovers, both foreign and Japanese.

Average room rental rates are around 86,000 yen for a studio-type room. It may be a bit high, but is far cheaper compared to rooms in Roppongi, Shibuya, or Shinjuku.

The area around the station has some supermarkets, delicatessens, and 10 convenience stores within a 500-meter radius. The place is also home to a bakery that claims to have invented the “curry pan” bread. Away from the main roads, quiet residential zones spread across the area.

This area is also known for its safety and security with very little violent crimes reported, making it popular with people living alone.

From Nakano-sakaue Station, you can reach Roppongi Station by the Toei Oedo Line in 16 minutes. You can also get to Shinjuku Station by train in just 4 minutes.

Average room rental rates are around 76,000 yen for a studio-type room, which is quite inexpensive considering its convenient access to major urban centers.

The area around the station has just a few supermarkets, but there are 16 convenience stores within a 500-meter radius. Nakano-sakaue is also replete with restaurants, cafes, fast food chains, and izakaya pubs.

The area is usually bustling with office workers in the daytime, and its location along a main road crossing means that vehicular and pedestrian traffic is high. This is probably a factor in the rarity of violent crimes reported in the area. However, the station is not that far away from Nishi-shinjuku 5-chome and Kita-shinjuku 2-chome, places that have a relatively high number of crimes.

Though not accessible directly by train, Shin-Okubo is located just a few kilometers away from Nakano-sakaue. Shin-Okubo, situated within walking distance from Shinjuku Station, is known for its Koreatown and other foreign enclaves.

From Iriya Station, you can reach Roppongi Station by the Hibiya Line in around 30 minutes. Major terminal stations like Tokyo, Shinagawa, and Ikebukuro are also accessible by train within 30 minutes.

Average room rental rates are around 79,000 yen for a studio-type room.

The Iriya Station area is relatively safe, with very little reported crimes. However, to the east of the station is the famous Yoshiwara district (a historical red-light district), and to the west is Uguisudani Station, known for its numerous “love hotels”. Caution may be necessary if you plan to live here with a family.

The area around the station features many supermarkets, convenience stores, and restaurants. There is also a shopping street called “Asagao Road”, so you probably won’t have any problems buying daily necessities.

Located within walking distance from Iriya is Asakusa and Ueno, two popular areas for shopping and sightseeing. One recommended spot is Kappabashi, a street lined with stores that sell various kitchenware. World-famous chefs have been known to visit this place just to buy premium Japanese kitchen knives.

From Ryogoku Station, you can reach Roppongi Station by the Toei Oedo Line in 24 minutes. You can also get to major urban centers such as Ginza, Shinjuku, and Shibuya by train within 30 minutes. The station is also served by the JR Chuo-Sobu Line.

Average room rental rates are around 90,000 yen for a studio-type room. This is a bit on the high side, but is understandable considering the area’s proximity to Akihabara and Chuo Ward (an area known for high-end residential properties).

The area around the station has several supermarkets and 19 convenience stores. Ryogoku Station is situated beside the Ryogoku Kokugikan arena that regularly holds sumo tournaments. And with many sumo stables based in the area, it is quite easy to find restaurants serving food popular with sumo wrestlers, such as chanko nabe, jingisukan, and Mongolian cuisine. You might even get to see sumo wrestlers training or walking around town.

The area is relatively safe, with very little violent crimes reported. This is a plus for residents who are living alone.

If you’re into Japanese culture and history, you should visit Ryogoku Edo Noren. This complex recreates an Edo-period Japanese street with a sumo ring in the center surrounded by various Japanese restaurants.

In this article, we introduced four residential areas in Tokyo that provide direct train access to Roppongi within 30 minutes.

Living in Roppongi can be pricey, but since Tokyo has a well-developed train and subway network, it is possible to live in an area that offers convenient access to the district. Many of these areas also provide good access to major stations like Shinjuku and Shibuya, and are relatively safer in terms of reported crime.

By choosing an area a bit far from major urban centers, you can reduce your rent while maintaining some level of convenience of access. Besides the places we listed here, try looking for areas along the Hibiya Line and Toei Oedo Line (both of which serve Roppongi Station) to find other suitable residential areas within your preferred travel time.