Do you want to play something unique in Japan? How about doing Pachinko??

Do you want to play something unique in Japan? How about doing Pachinko??

Maybe everybody who first came to Japan wonders at those decorative buildings.
“What’s that?”
“What do they do in that?”
That is the pachinko parlor.

You may wonder why it is fun just sitting and doing nothing except for holding the handle in their hand. Some people will feel like they are working.

Pachinko is a unique game in Japan, and it has the history of being loved by ordinary people since the time when there were hardly any entertainment in Japan. This article shows how Japan’s pachinko was born, why it has been loved by Japanese, and how to play. 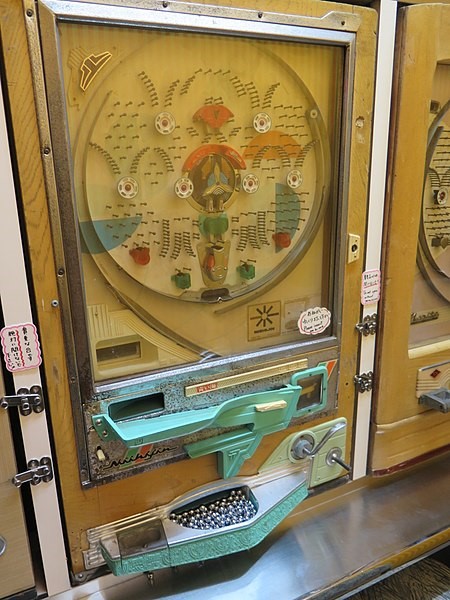 ・Europe is the birthplace of Pachinko

In the 17th century, there is a mobile amusement park in Europe. And children used to play “Marble” at that park. There are 3 holes at the top of one box, then you drop 3 marbles into those holes. Then balls changes directions while falling against the obstacle inside. And you get a prize when you get into a hit.

Then spring is incorporated during the Industrial Revolution era, and in 1895, it turns into the wall machine in the United Kingdom. You hit a ball and sink a shot, you can get cigarettes or coins as a prize. But it disappears from Europe in the Great depression era.

This wall machine comes to Japan in 19th. At first, it used to treat sweets to children as a prize at an amusement park, but eventually machines are improved in and becomes a play tool even adults can play. This Japanese-made machine is put on the rear car by a street vendor and covered the day of the festival. It is believed that the machine is named Pachinko at that time.

At the end of the war, Nagoya has become the burn out fields. Masamura who becomes a black marketer, notices that people are not only hungry for their daily food but also for entertainment. He thinks to offer some entertainment, even though it is tiny, and remembers to keep one Pachinko machine in his destroyed shop. So he fixes the machine and offers children to play with, and gives them candies or cookies as a prize.

Then, adults also come together. But it’s cigarettes they want more than candies. Unlike today, almost all adult men have a habit of smoking, but cigarettes are hardly available those days. So people used to collect butchers discarded by American soldiers, separate them, collect the remaining tobacco leaves, wrap them on paper, regenerate them into cigarettes, and smoke them. So Masamura offers cigarettes as a prize for adults.

Masamura sold 25 pachinko balls for 5 yen. A bottle of cider is 6 yen at that time. You hit a small ball one by one, and if you win a prize, two to four balls will come out. That way, for half an hour, hopefully half a day, people forget their worries and enjoyed in that hard times.

Masamura develops a machine that is the basis of modern pachinko, equipped with about 420 nails and 25 winning small gates in 1950. With furthermore improvements, the array of 320 nails and windmills that change the direction of the ball is named “Masamura Gauge”. Today’s machines are controlled by computers, but the basic arrangement of nails is still based on this array.

■Pachinko as a popular pastime that has been loved by Japanese 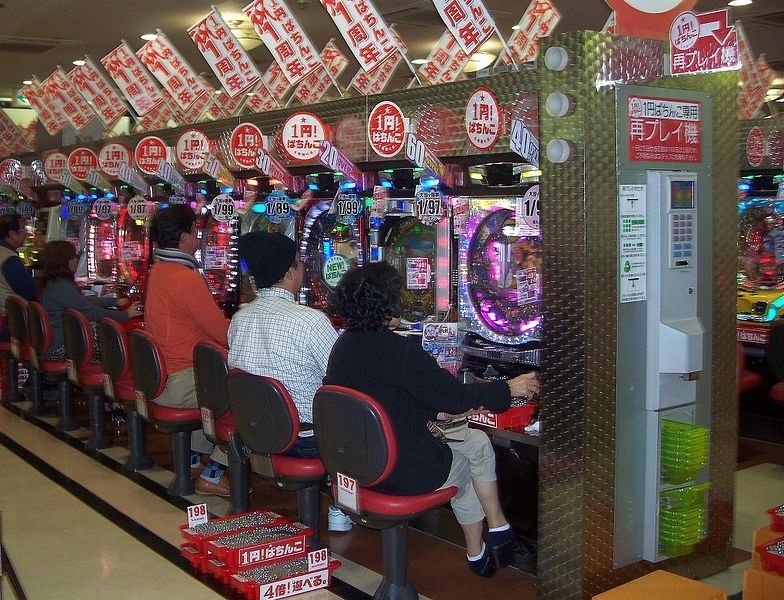 ・Reading and techniques attracted the Japanese

Until ’70s, Pachinko used to hit the ball one by one with the lever. Balls vary the direction with the angle and tilt of the nails, and four nails on the top of the machine are especially important. Random is changed according to nails and how to use the lever.

Read the nail, control the power and strike the ball at the target. Such elements have attracted people and that makes Pachinko is one of most popular pastime in those plain days.

In the 1980’s, the entertainment get more varied, such as video games. Pachinko makers have also continued to innovate to get more people playing. There are various platforms such as the ones with lots of balls coming out when the drums rotate and the numbers get in when you enter the start winning entry, the tie-ups with animes and idols, animations and music flowing, etc. Pachinko is still one of the most popular entertainments. 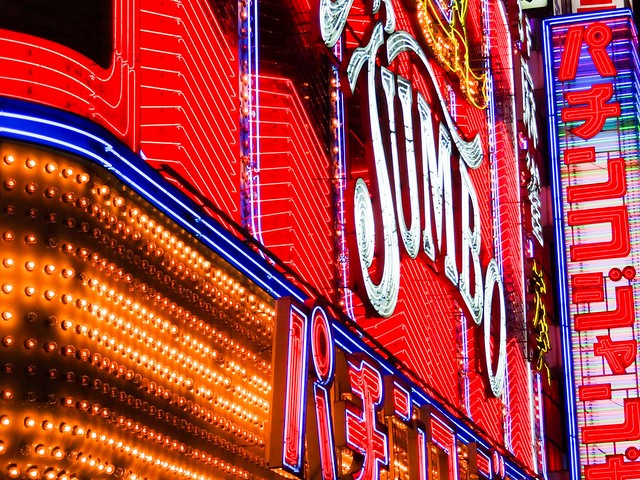 First of all, you choose a pachinko parlor. Some parlor are generous, and others are stingy. So you shuld choose where many people are playing.

Next, choose a platform. There are various types such as the machine that lends a ball for 4 yen or 1 yen, or your favorite anime on the machine, so look for the table you like.

When you sit down, put a 1,000 yen bill at the top of the left side of the platform. Then, that 1000 yen is charged to the IC card. Then press the button “玉貸（Ball Lending）” next to the handle at the bottom right. Then the ball for 500 yen comes out automatically.

You place the balls on the upper plate and turn the handle. Turn the handle so that the ball comes to the second from the left of the top nails. You control the handle balls to drop in the opening. It is a jackpot if all the digital numbers and patterns are aligned.

When you want to quit, press the “返却（Return）” button. Then, IC card comes out from the card entrance in the upper left. If the ball is left, it will be settled by the IC card settlement machine near the reception counter and converted to a prize.

Let’s enjoy Japan’s unique entertainment, Pachinko
Pachinko parlors are unique places, so while you are in Japan, why not enjoy one of Japan’s unique pastimes?

Computer control and digital high-tech machines, anime, pop music, techniques such as aiming at the ball, pachinko is entertainment filled with the elements of Japaneseness. So let’s enjoy it once.