What exactly are ceremonial functions? 1. Marriage

What exactly are ceremonial functions? 1. Marriage

Most Japanese know the words “kan kon sou sai (ceremonial functions)”. These words refer to four important rituals in ancient Japan: coming of age, wedding, funeral, and ceremonies for the ancestors. However, “kan” is used today to mean the passage of life, and “sai” is used for any events. But are these words unique to Japan? Trying to answer this question, I investigated and found similar words in China and Korea. However, I think that the ceremonies are different by country, so let’s look at each one. 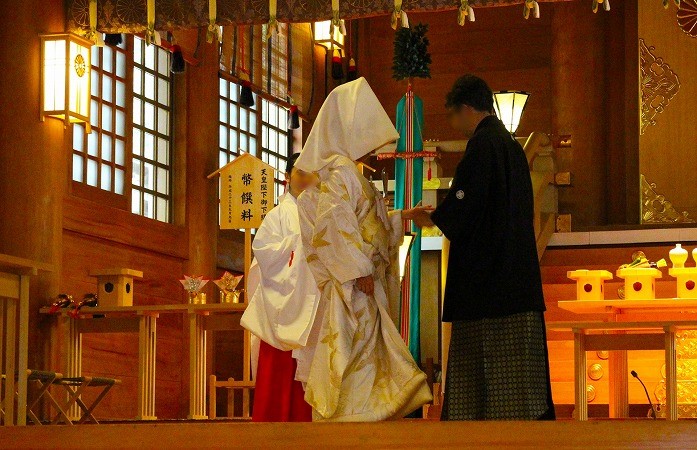 “Kon” refers to marriage. Many of you may already know a few things about marriage. In Japan, promising to marry someone is called “engagement”. To be officially married, you need to submit a marriage registration form to the local government office. There are various views, but in the past, the order was generally [wedding ceremony] ⇒ [registration of marriage] ⇒ [cohabitation]. In recent years, the order has diversified to meet individual needs.
There are also various types of weddings, with [ceremony] ⇒ [banquet] ⇒ [after-party] becoming a common trend these days. ※ Depending on the couple, some may only have a ceremony or not have an after-party. 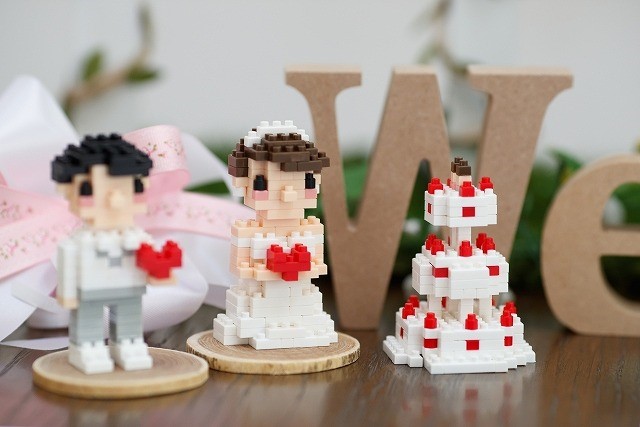 Wedding ceremony: A ceremony to announce the marriage of two people in front of God (depending on religion) and witnesses. The following styles are common in Japan.

A traditional Japanese wedding ceremony held at a shrine. The bride wears a pure white or black pull kimono, and the groom wears a crested haori (half coat)., Together, they perform the “San-san kudo no hai” (drink the nuptial cup, symbolizing a strong bond between the two houses).

A ceremony that takes place in a church, where the bride walks the virgin road wearing a wedding dress. The couple swears eternal love in front of a priest.

A ceremony performed in either a chapel or any other place such as a restaurant or on a ship, with the guests often acting as witnesses.

The banquet and after-party

Held to celebrate the marriage with relatives and close friends from both families. During the reception, [congratulations speech], [the cutting of the cake], [dress changing], [entertainment] and [a letter from the bride to her parents] are often performed.

The bride (and groom) change into different outfits. For the bride, changing from a white wedding dress to a colored outfit means that she takes on her husband’s house rules.

Close friends and others put on a show. The contents depend on the performers’ ideas.

In general, not attended by relatives, but only by friends. The bride and groom’s close friends are often the organizers. At the after-party, there will be games and entertainment.

If you are invited to a friend’s wedding reception, the congratulatory gift is usually between 30,000 and 50,000 yen. Try to avoid even figures (that can be divided) because it means breaking the relationship between the two.

Wedding culture is different in every country, and so are the outfits and rituals, which makes it a fun topic to research. Next time I will talk about “so” or funerals. Please look forward to it!