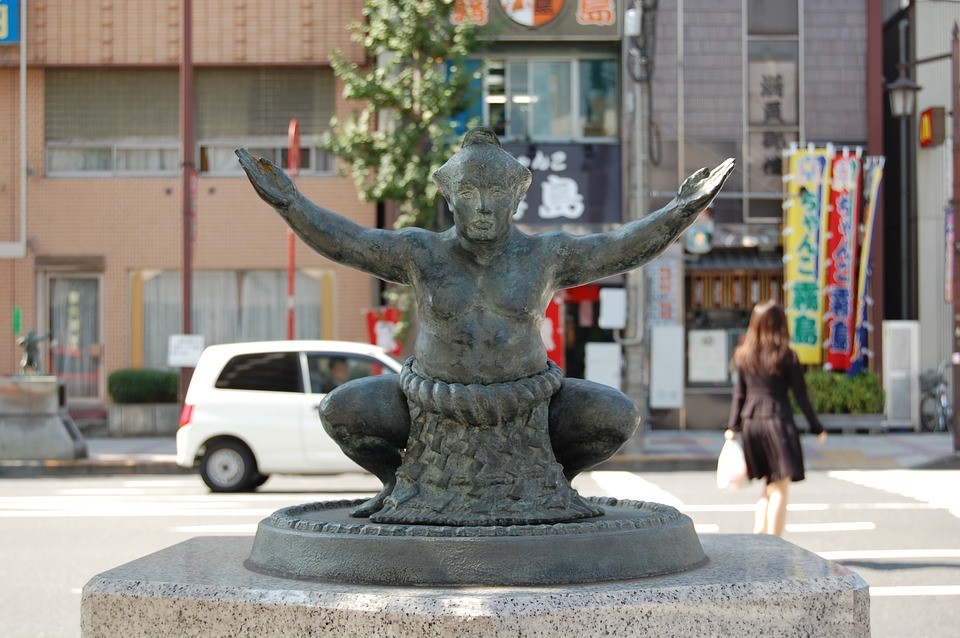 What sport first comes to your mind when you think of Japan?

Judo, Kendo, Karate are all well-known sports, but to me, Sumo is definitely the symbol of Japanese sports.

I myself have experience in joining a junior Sumo club during my early childhood, and even in my school days I would travel to Osaka, Aichi, and Fukuoka to see the annual matches.

Sumo, the amazing traditional sport of Japan, with 1,500 years of history.
Today, I will tell you about its charms.

What Are the Meanings Behind Gestures In Sumo? [Questions] 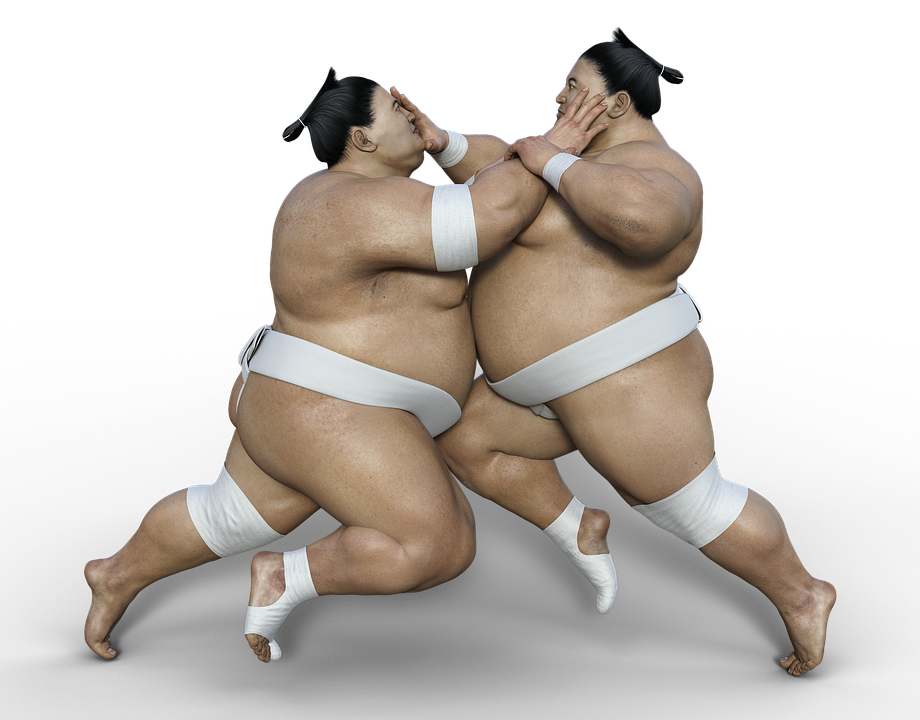 Sumo originates from a ritual performed to pray for good harvest, where the people expressed feelings of gratitude to various Gods. This ritual has been inherited to the style of today’s Sumo.
For this reason, the gesture of throwing salt prior to entering the ring, is a meaningful action originating from the old rituals. Understanding the origins of each gesture will help to make watching Sumo even more interesting.
Below I will write out some questions for you to challenge.
In the next section I will show the answers to each question and explain them in further detail.

(1)[Shiko (At the entering of ring)]: The gesture of lifting one leg, and stomping firmly onto the ground.
Held annually in Meiji Shrine, at the entering of the Sumo ring, the audience calls out “Yoisho!!”
So, what does this “Shiko” gesture mean?

(2)Following the Shiko, the wrestler once steps outside the ring and receives a ladle filled with water from the awaiting wrestlers. He then holds the ladle to his mouth and takes the water in and out [Chikara mizu], wipes his mouth [Chikara gami], and then performs the famous salt throwing [Maki shio].
These gestures are prominent features to Sumo, so many of you may already know of them. What are the meanings behind the gestures [Chikara mizu], [Chikara gami], and [Maki shio]?

(3)When the winning Sumo wrestlers receive their prize money, you may have seen them move their hands left to right and back to the middle, before reaching for the envelope.
What does this gesture mean?

What Are the Meanings Behind Gestures In Sumo? [Answers] 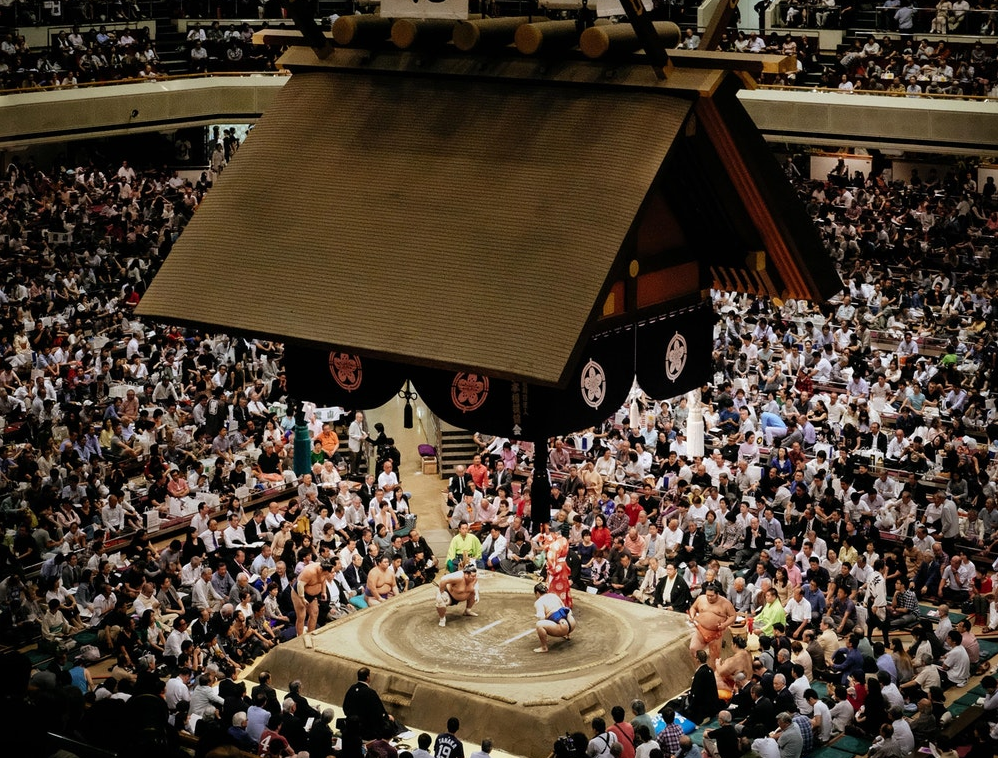 (1)The reason Sumo wrestlers perform Shiko, is to “lock up bad spirits hiding underground by stomping on them!”
Bad spirits won’t have a chance against the stompings of a 100+kilograms Sumo wrestler…
Besides this spiritual reason, the practice of Shiko stomping has spread through the world of sports in general.
I did the same practice while I was seriously engaging in futsal; it was the hardest core training of all, making my thighs sore every time…
Shiko stomping is a gesture that has not only a ritual meaning but usefulness in training as well, so why don’t you try it out?

(2)[Chikara mizu], [Chikara gami] are meant to wipe and purify the wrestlers’ bodies.
[Shio maki] is done to purify the ring of evil spirits, and also to pray for a safe match.
These purifying rituals are similar to those performed in shrines at the Chozusha(purification trough) where visitors wash their hands before worship. The God will be watching over every Sumo match, so the act of purifying bodies can be considered natural.
In addition, [Shio maki] is an exclusive gesture only performed by wrestlers ranked over “Juryo” place.
Depending on Sumo stables, the wrestlers are also not permitted to sign autograph for guests.

(3)The gesture of hands going left to right prior to receiving the prize, has a meaning of bowing to God as a sign of gratitude.
The three Gods that are believed to have created the world, are called “Zoka no Sanshin (Three Gods of Creation)”: Takami-musubi no Kami(left), Kami-musubi no Kami(right), and Amenominakanushinokami(center)
Sumo wrestling may seem to be just a sport, but in truth, we can see that it reflects on ancient rituals.

At Kokugikan, You Can Enjoy Not Only Sumo, But a Dish of Chanko Too! 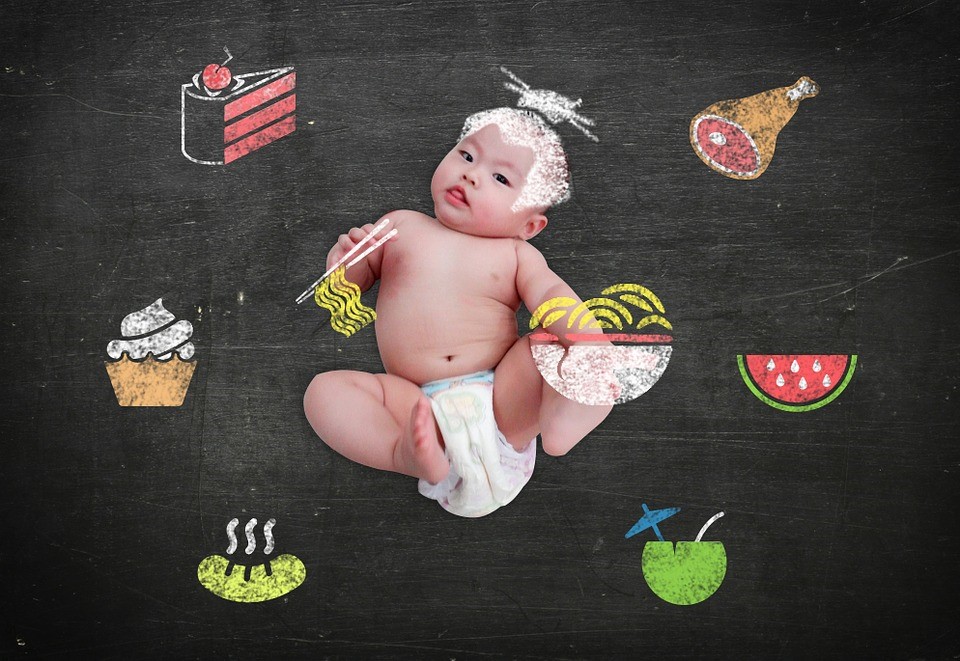 Grand Sumo tournaments are regularly scheduled at every odd-numbered month.
Six matches are held annually, and three of them are held at Ryogoku Kokugikan: January Tournament (Hatsu Basho), May Tournament (Natsu Basho), and September Tournament (Aki Basho).
The wrestlers’ ranks and earnings all depend on the results they achieve at these matches.
Although, half of the most important Sumo matches are held at Ryogoku Kokugikan, Sumo tournaments are not the only things to enjoy there!
At the basement floor, you can eat authentic Chanko nabe (Sumo stew)!
In a room big like a cafeteria, feast the Chanko nabe created under the supervision of famous Sumo stables!
Each tournament has different Sumo stables supervising the recipe, so depending on where you eat them, and even when you eat them, Chanko nabe will have different flavors. This is another thing to look forward to for each Sumo match.

How was this article on Sumo?
It’ll be great if this has helped you to get more interested in actually going to a Sumo match.
Free-seating tickets are offered at a fairly affordable price of 2,200 yen per adult, so if you are interested, why don’t you visit Ryogoku Kokugikan?